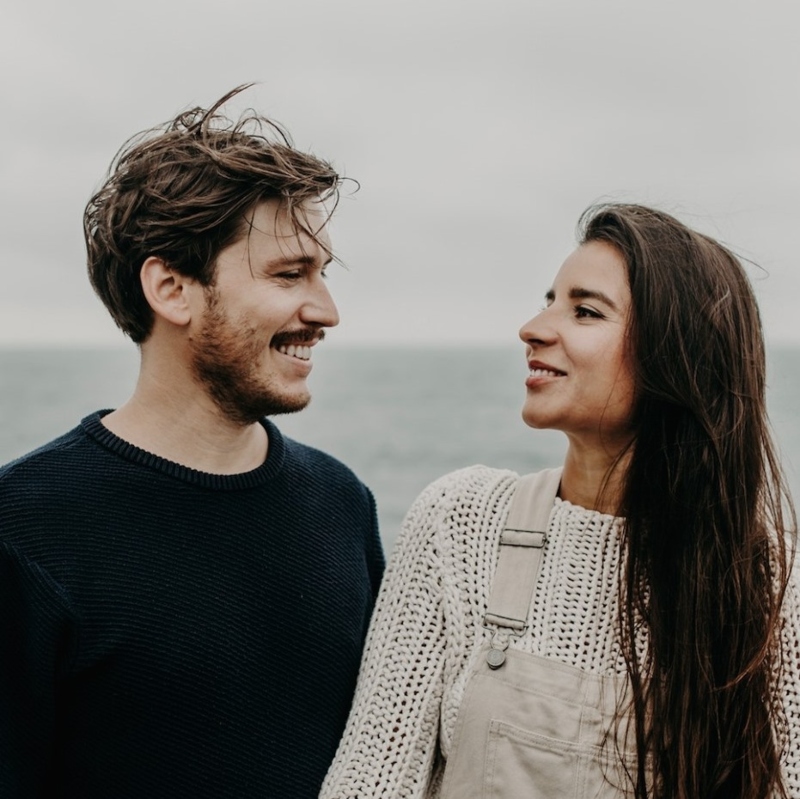 Racoon Racoon is an indie-folk duo from France, and consists of members Léa & Léonard. They are known for their graceful acoustics & vocal stylings, and their music has been compared to the likes of Flora Cash, The Paper Kites, Angus and Julia Stone, and Fenne Lily. They released their first EP Our Love’s Funeral in 2017, and their second Dawn Chorus in 2018. The band’s latest offering is song ‘Birds and Daisies’, which is set to feature on their third EP release later this year!

We find out more about the duo in this exclusive.

Mixed emotions. Bittersweet. We always hope people understand the story because we think that a meaningful track will accompany you longer.

At the time/place we recorded the 1st EP Live, we had just a classical guitar available, so it kinda defined our first aesthetic, because we had nothing else available… But since then we’ve evolved into something much more developed.

A guitar that smells nice.

Lack of food for Leo. Very sad moments and strong feelings for Lea.

Career seems like a strong word for us to use so far… But I’d say the day we’ve discovered that our tracks broke it through in China and that there were thousands of people commenting, sharing their stories, etc on our 1st EP. It really felt awkward to know that in a really far away area in the world, there were so many people caring about our songs so much!

It would probably be Neil Young backing band for Harvest. The vibe on this album sounds like you could have done it from a rocking chair, it’s amazing.

We’d love to go play in China in 2021 when the whole mess is behind us.