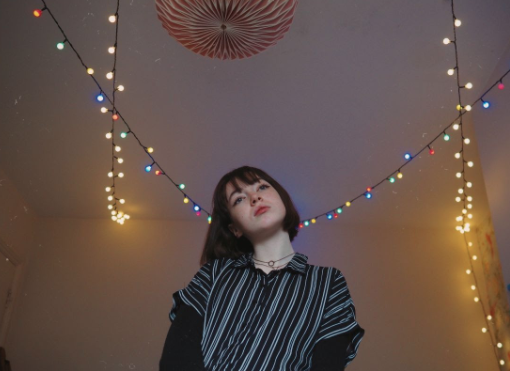 Patricia Lalor has shared her new single, ‘Alone’, as well as announcing the release of her new EP Do It Again, out on July 24th. The single arrives alongside an atmospheric video which sees Patricia dance amidst dreamy landscapes.

Blending flowing guitar lines with ethereal synths and glistening vocal harmonies, ‘Alone’ is an atmospheric and euphoric dose of lo-fi alt pop. Opening to upbeat drums and beautifully sparse vocals, the track builds effortlessly through laid back passages and infectious verses, and is the first track to be taken from the upcoming EP.

Patricia explains, “‘Alone’ is a song I wrote about being tongue-tied around certain people and how my brain just goes blank and it’s suuuuperr awkward… but at least a song came out of it!”

The new single follows the release of the Sleep Talk EP, released to widespread praise in April. The Sleep Talk EP includes the beautifully sparse ‘Fall Back Asleep’, the woozy emotions of ‘Words I Have To Say’, the heady indie of the title track and finishes with the lush folk-pop of ‘13th of January’.

At just 14 years old, Patricia’s haunting vocals and sharp lyrics reveal a songwriter far ahead of her years. She crafts mesmeric music which brings to mind a cross between Billie Eilish, The Big Moon and SOAK, and has been turning the heads of tastemakers since the start of the year.

Patricia’s rise to prominence began age 11 as she started uploading beautiful covers to YouTube. She has since gone on to clock up over 140K subscribers on her channel, catching high profile attention along the way, including the likes of Hozier who found her cover of his song ‘Cherry Wine’ leading him to call it “hands down, one of the covers I’ve seen”, and has since had over a million views on that song alone.

Building on a solid foundation of acclaimed releases, Patricia is swiftly cementing her status as an exciting and powerful new talent in 2020.