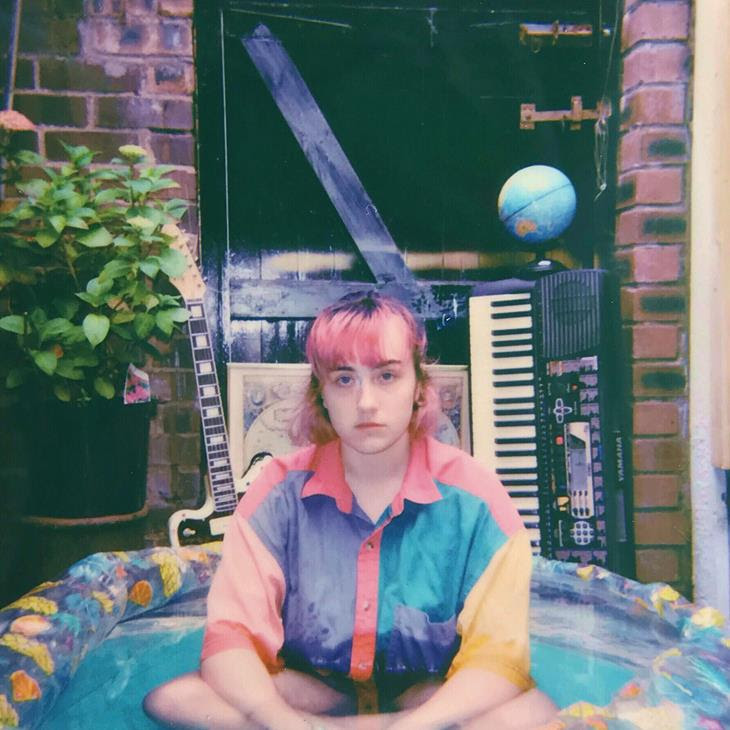 18-year-old British bedroom pop singer/songwriter Georgia Ochoa has been creating music under the name Seagoth since 2015, and she emerged onto the scene this year with her debut EP ‘House Party for Ghosts‘. The debut album was produced by Georgia alone in her bedroom using only Garageband on her iPhone and a cheap Stratocaster. The indie/dream pop sound she exhibits has been inspired by various artists, including The Smiths, Declan Mckenna, and Wallows, and also evokes thoughts of Frankie Cosmos and Snail Mail. Georgia’s existential songwriting contrasts with her sparkly synths and dreamy guitar riffs creating a sweet balance between too sad and too happy. Her lyrics touch on various meaningful topics, including firsthand experiences and current topics in the media. The track ‘Cool!’ was written in angst by the songwriter about the romanticization of mental illness online and is her favorite song to play.

Her new single ‘Internet Cafe’ sees the Seagoth sound develop even more, broadening her horizons into an otherworldly chill-pop vibe. Once again recorded in the comfort of Georgia’s bedroom, the track is formed of a simplistic, retro drum pad beat and a contrasting yet addictive piano sound. The lyrics reflect modern epidemics involving social media and internet culture, including Georgia’s own struggles with comparing herself to others online and the issues that arise with this.

Georgia says of the track, “During the chorus of the song I wrote, “Kill time, jump from the Hollywood sign.” This specific quote was inspired by something I read about a woman named Peg Entwistle jumping from the letter H on the Hollywood sign in 1932. I thought that it was almost symbolic. She was an aspiring actress but things just weren’t working out for her, so she killed herself in the most attention-seeking way. It reminded me of internet culture today, although people aren’t literally killing themselves for attention – they kind of are. People pretend to be something they’re not for followers, they distort everyone’s perception of who they really are for likes. This might not sound like an epidemic, but it feels like one to me. Being surrounded by people who are trying to be like someone else is a strange environment to be in – I am guilty of this too though. I was lucky enough to grow up in a time where social media was only just surfacing – I only grew up with Facebook. I would hate to have to grow up in 2019, I feel like there’s so much pressure on everyone to be perfect now. I really just wanted to make a song about how social media affects me and this is what I made. Although it’s not lyrically super direct I really love how I worded things and I hope other people do too.”