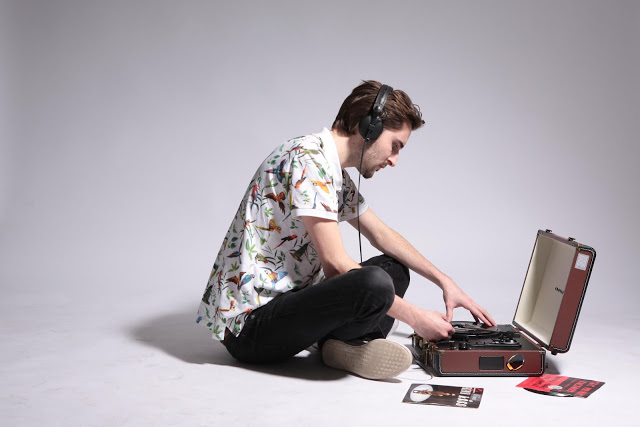 We caught up with Yann Dulché

Born in Rouen (Normandy, France) in 1986, I was an autodidact pianist and only started Music school at 16. With the help of pianist composer David Dauthieux, I learnt everything I had to learn to enter University of Musicology and Conservatoire where I studied piano and composition, while writing narrative Music for short movies and theater. Very fond of “French Touch” electronic Music, I experimented the production of Music mixing acoustic piano with electronic beats & textures and started DJing in diverse local clubs, before traveling as a DJ in France and around the world. I moved to London (UK) in 2010 and set up my own label THRILLS & BEATS RECORDS to publish my productions as well as friends’. I co-produced, remixed and got remixed by globally renown artists and got productions released or licensed by globally renown labels. In summer 2017, I moved back to France, near Paris, where I’m currently preparing to record my piano works.

Hi there, how are you and what are you up to today?
Well! I had a daily piano practice, I did a bit of social networking to promote my new album “Early Works (2007-2010)” and I’m currently trying to design the perfect set up for a future live (struggling choosing which sequencer I’d use!)

To those not familiar with you, how would you describe your sound?
I’m a pianist, producing electronica – sometimes upbeat, sometimes downtempo – but always with a “French Touch”.

What are the 5 albums and artists that have influenced you the most?

What other artists do you really like at the moment and why?
My last 2 concerts were L’impératrice and Parcels. Respectively French and Australian bands mixing funky guitars & bass with acoustic drums and loads of synths; a perfect combination! Otherwise, at home, I’m currently listening to a lot of Gonzales, I love his piano works as much as his electronic works (co-produced by Boyz Noise). And also a lot of Jon Hopkins, whose Music also mixes piano with electro, but whereas Gonzales sounds ‘pop’, Jon Hopkins sounds more ‘serious’ and cinematic. Both inspire me a lot.

What are some of the key pieces of gear you use to write your tracks in the studio? Or do you prefer to use software and plug ins?
I definitely prefer hardware and almost don’t use plugins in my production. It’s not a question of better sound but of fun process making the Music. My favourite toys are: a Roland TR-707 drum machine, a Moog Slim Phatty (perfect bass synth), a Roland Juno-106 (perfect “pads”), a Nord Stage 2 (incredible acoustic pianos and Rhodes), an Alesis 3630 compressor (the “French Touch” sound), an Akai MFC42 filter (coolest analog filter), a Roland Space Echo, a TL Audio FatTrack (the “warmth” of the studio), and of course, my Genelecs 1030A (the classic monitors).

Has your arsenal of equipment changed much since you first started?
YES! I almost changed my set up for each project I worked on! First I design my project, then I spend time thinking about which tools I want to use for the production. This way, I tried plenty of gears before finding the right ones. But now, I found my own sound with the gears I have.

Do you enjoy playing to an audience or working in the studio?
I love spending time in the studio, that’s my confort zone. But in another hand, nothing equals the emotion of playing in front of an audience ; Sharing your music live with people is a thrilling metaphysic experience.

If we gave you the budget to put a line-up together for a mini fest, who would you book and where would you play?
I would organise it at home in Normandy. I would start late afternoon with some live electronica bands. First, downtempo: AIR, Telepopmusik, then more upbeat with Röyksopp and Todd Terje. I would book a series of concerts for the evening: L’Impératrice, Parcels and why not Daft Punk for the main show! At night, I would want to party with some electric house: Etienne de Crecy, Teenage Bad Girl and in the middle of the night, Jack Beats, Totally Enormous Extinct Dinosaur and Leon Vynehall to finish until sunrise.

If you weren’t a musician what would you be?
I like making videos. If I wasn’t telling stories with Music, I would do it with films.

Do you have any information regarding upcoming releases, projects, DJ mixes or collaborations in the pipeline that you would like to tell us about?
I’m planning to record a piano solo album and release it later this year. I want to create a live show mixing piano with machines and gig it (long-term project). And I just gave stems of some of my songs to a very cool producer for him to remix – this is a secret for now but that might get big!

Thanks a lot for sharing these interesting insights as a musician. We wish you all the very best for your future and hope to hear from you again soon.